Kids On The Move 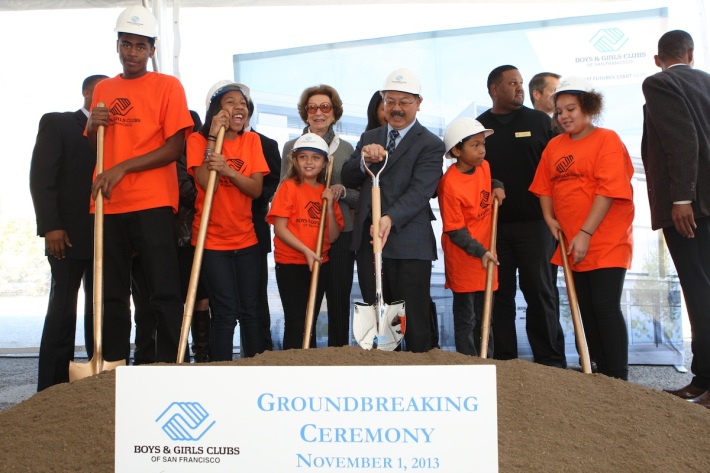 San Francisco is notorious for having the lowest percentage of children than any other major U.S. city.  And, if you believe the local media hype, families are leaving in record numbers, threatening the diversity that makes it so special. While we can’t single-handedly make a dent in the city’s affordability crisis, we have been involved in several recent projects to benefit children and families and help keep them put.

Every day, the Boys & Girls Clubs of San Francisco (BGCSF) helps more than 1,200 school-age children learn, play, exercise, explore the arts, and prepare for the future. The organization runs nine clubhouses in disadvantaged neighborhoods throughout the city, as well as an outdoor education and environmental education program in Mendocino County.  A few years ago, we renovated and expanded the 1920s-era clubhouse on Alabama Street.  We’ve also upgraded and replaced a number of structures at Camp Mendocino.  The new Don Fisher Clubhouse — a tribute to the legendary Gap founder and long time BGCSF supporter — will be a ground up facility in Hayes Valley, replacing the current clubhouse in the Upper Haight. When that one was built in the early 1950s, there was a sizable youth population nearby, but a lot has changed since then, and these days most children and teens who really need the facility live miles away. The new site, a parking lot just a few blocks from City Hall, is on multiple public transportation lines, and within walking distance of much of the housing in the Western Addition, Hayes Valley, and the Tenderloin.  You might recall the project served as the studio assignment for Alyosha’s teaching gig at  The University of Texas at Austin’s School of Architecture (SOA)  last May. 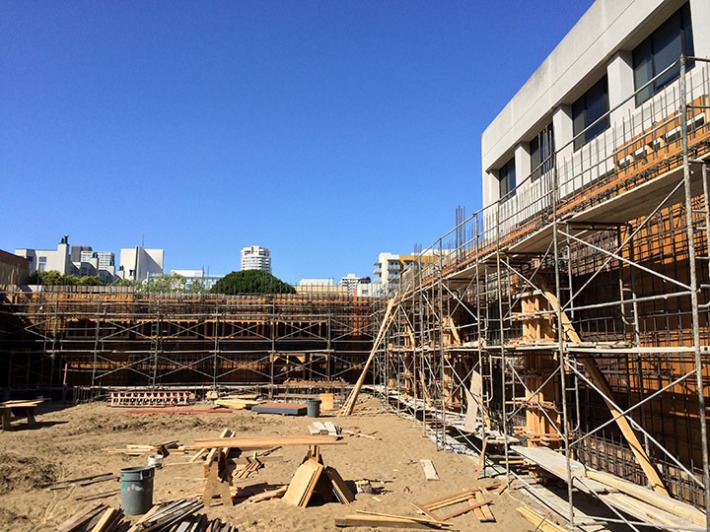 When the BGCSF purchased the lot from the city, an agreement was struck to provide a housing component on the site. So first we worked with our client to create a master plan and ultimately ended up dividing the parcel in two.  BGCSF brought in Equity Community Builders to develop the housing component on the corner of Gough and Fulton, 70 studio and two-bedroom apartments above retail. David Baker Architects (DBA) is designing that piece. Putting the housing on the corner gives residents access to light while buffering the clubhouse from the traffic on Gough. Also, there’s a courtyard between the two buildings, and although it’s part of the residential building, it meant we could incorporate windows on the clubhouse’s western facade and take advantage of daylight, views, and fresh air on that side.

Visibility and transparency, both within the facility and between the interior and the street, was of key importance to our clients. We wanted to create a series of spaces where visibility promoted a safe environment but also showcased the variety of activities available to neighborhood kids. And yet we also had a complex program to fit into just 38,000 square feet: an arts & crafts center, a learning center, a middle school center, a high school services center, a multipurpose room, offices for the organization’s headquarters, a gym, and a competition-size swimming pool.

It made the most sense to divide the building into two main components: one for the recreation elements, the other for everything else. To maximize sightlines within the building, we inserted a glazed two-story atrium lobby between the halves of the building. The atrium brings in additional daylight and provides views to the pool, the gym, and the arts and crafts area. Above the atrium are two office floors, housing the administrative offices of BGCSF, with windows looking into the gym.

The Fulton Street facade really became the public face of the building, activating the street with the hope of engaging the neighborhood.  We placed the pool at ground level and incorporated extensive glazing along Fulton to bring in daylight. The glass on this side is translucent for privacy, so there aren’t direct views in, but passersby still have a sense of activity from behind the glass. Because the windows are operable, the sounds of kids splashing and playing are audible on the street as well. The gym above and the learning areas also have windows fronting the street. We’re working on graphics for the interior that will express BGCSF’s welcoming message to the kids of this community.

We love what the BGCSF does. These clubhouses provide affordable and — quite likely, with a $10 annual membership rate — unprecedented access to high quality academic and extracurricular enrichment to kids and teens throughout the city. In some cases, they’re a safe haven in areas where these kinds of amenities and support systems are not available.  The building is slated to open at the beginning of 2015, and when it does, look for a burst of activity by the city’s most valuable resource, its youth.